Thank you for silencing your phone

It’s More Than A Theatre!

Hale Centre Theatre offers an ambience of elegance for corporate events, weddings, and parties. Accommodating groups of up to 900, we lend a professional hand to all your planning needs.

Behind the Scenes Staff

HALE CENTRE THEATRE BOARD OF TRUSTEES

Chairman of the Board

NATIONAL ADVISORY BOARD OF TRUSTEES

Hale Centre Theatre thanks the following individuals, corporations, foundations and public funding sources for their generous donations. Hale Centre Theatre is a designated 501(c) (3) nonprofit organization and your contribution are tax-deductible. The following pages comprise a listing of contributors in the past year. Please contact the HCT Development Office at 801-415-2340 if you would like to make a donation or if your name has been inadvertently left off the list or is misspelled. Thank you for your generous support.

The Church of Jesus Christ of Latter-day Saints Foundation

In Memory of Bill Worner

In Honor of Michael Bennett

In Memory of Evelyn Foster

In Memory of Elizabeth B. Gillard

Hale Centre Theatre is a designated 501(c) (3) nonprofit organization and your contribution is tax-deductible. The above is a list of those who have made contributions in the past year. Please contact the HCT Development Office at 801-415-2340 if you would like to make a donation or if your name has been inadvertently left off the list or is misspelled. Thank you for your generous support.

RECOGNIZING NON-PROFITS WHO MAKE A DIFFERENCE

Mission: The National Ability Center empowers individuals of all abilities by building self-esteem, confidence and lifetime skills through sport, recreation and educational programs. Vision: Inspire individual achievement and create a global impact for people of all abilities.

At Hale Centre Theatre we understand that great communities, like great theatre, happen when all the elements and people work together. We are fortunate to live in the Intermountain West where many people and organizations contribute to our wonderful quality of life. With that in mind, Hale Centre Theatre honors the work of other non-profit organizations in our community. 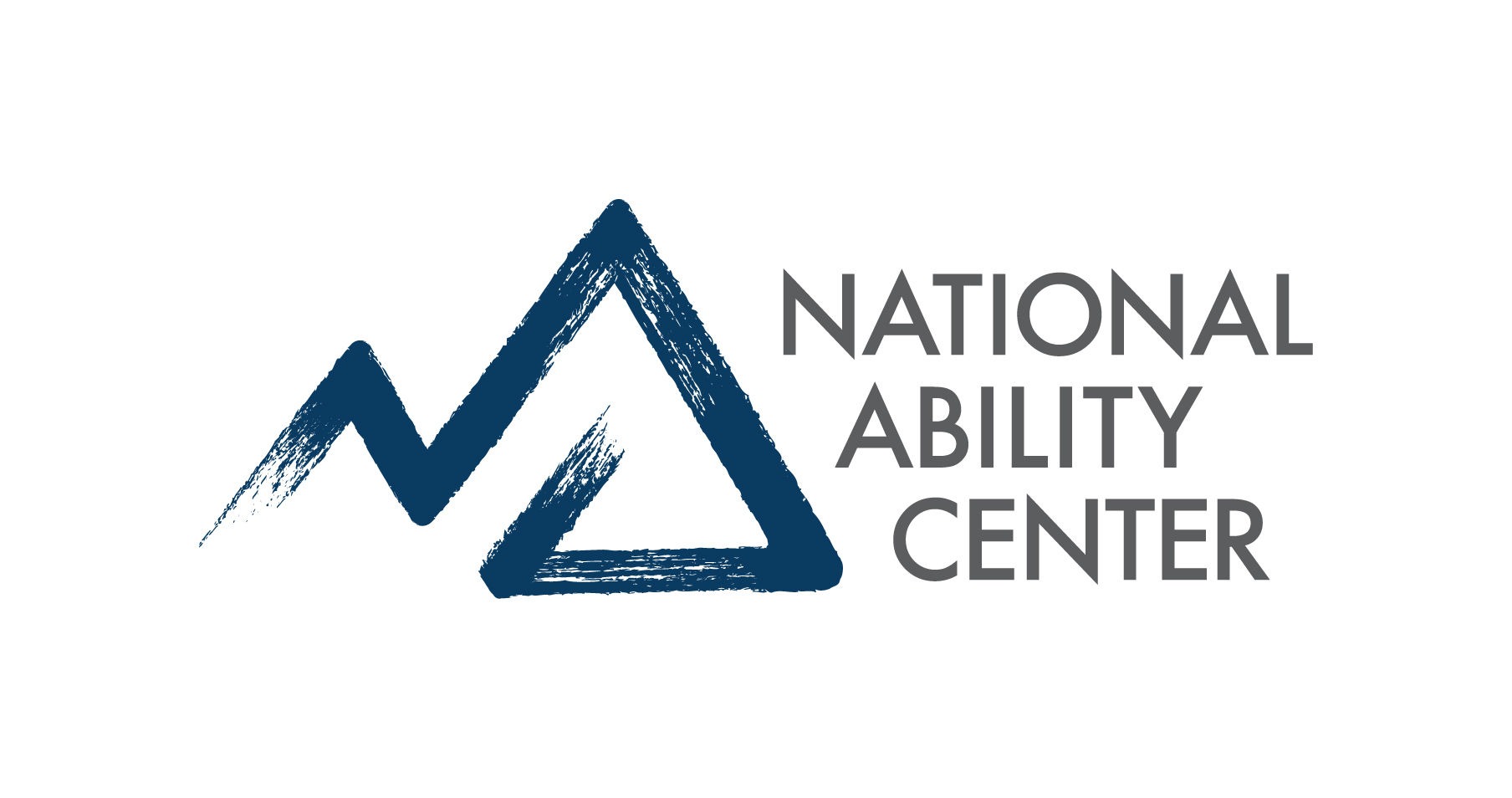 If your digital hearing aid is equipped with hearing loop technology – turn it on now to enjoy the best audio fidelity possible. Assistive Listening Devices are available free of charge at each performance on a first-come, first-served basis. Ask at the Box Office for details.

ASL Interpretation for the deaf or hard or hearing and Audio Description for the visually impaired is available at specific performances. Please inquire with a box office agent for specific dates and times.

Ample ADA accommodations are available. Please inform our Customer Service Representative when making your reservation that you require wheelchair space. Arrive 30 minutes before curtain time to obtain assistance from the House Manager.

In consideration of patrons already seated in the theatre, reserved seating will be held until curtain, after which alternate seating will be used. When traveling to performances, please allow ample time for traffic delays, road construction and parking.

Please stay at your seat until AFTER the curtain call.

As a courtesy to other audience members, please ensure that children at performances are not disruptive during the show. Babes- in-arms and children under 5 are not allowed in the theatre during performances.

As a courtesy to the actors on stage and to other audience members, please turn off cell phones, pagers, beeping watches or any other noisemaking device. Also, please refrain from allowing concessions items such as candy wrappers and soda pop cups to become noisy during the performance.

We are happy to recycle your program – simply give it to an usher on your way out. Thank you for placing all refuse in trash receptacles as you exit the theatre.

In compliance with copyright laws, it is strictly prohibited to take any photographs or any audio or video recordings of the performance.

No Outside Food or Drink

Get Social With HCT

For the latest insider information from Hale Centre Theatre, find us on:

TAKE A MOMENT to think about all that goes into this performance—stage engineering, crafting of costumes, set designs, sound effects, lighting schemes, and the work of talented actors, directors, and production teams bringing it all together. Donations make this possible.

Ticket sales account for only 75% of operation and production costs. Your support makes up the difference. Please help sustain Hale Centre Theatre’s mission to provide affordable world-class, family theatre and theatre education for and by the community.

Your financial support keeps ticket prices affordable for everyone and helps the theatre’s educational and other outreach programs impact the community. Each year, HCT offers free tickets and educational programs to over 10,000 children and adults who would likely not have the opportunity to attend otherwise.

Securities in the form of: Stocks, Bonds, Mutual Funds, etc.

FOR CONSIDERING THESE GIFT OPTIONS

Your generous support of Hale Centre Theatre helps ensure the Theatre’s financial stability. In appreciation, you enjoy a wide array of acknowledgement and benefits.

A partnership with Hale Centre Theatre, one of Utah’s highest-profile arts organizations, brings you recognition, opportunities for corporate entertaining, and employee benefits.

Hale Centre Theatre is designated by the IRS as a 501(c)(3) nonprofit institution. All contributions are tax deductible less the fair market value of benefits provided. For information or assistance on making a donation call the development office at 801-415-2340, inquire at the box office, or visit us online at www.HCT.org.

In 1934, Nathan and Ruth Hale were asked by their church leader to put on a play. They found one that had a $25 royalty—but $25 was more money than was in the church activity budget for an entire year. “Write one,” they were told. They did and launched a life-time of entertaining millions and a legacy that lives on.

In the early 30’s the Hales traveled with their ‘acting troupe’ to theatres all around Utah. They wrote more and performed more. In 1944 their adventures took them and their children to Southern California so that Nate could get in the movies. Finally, they decided to start a theatre of their own in Glendale, California in a little house that seated 99. They arranged the seats around the room—and voilà—their signature theater-in-the-round began. The theatre sold-out regularly so they brought on help—their oldest daughter Sandra and her husband Allan Dietlein became business partners. They built a new theatre of 220 seats. Both theatres sold-out. They built a third theatre of 440 seats. Still operating today, The Glendale Centre Theatre is an icon.

In their 70’s and after authoring more than 80 plays and musicals—many published—Nathan and Ruth thought it time to retire. They moved back to Utah, recovered a couch and braided a rug. They found retirement makes you sick. What to do? Start a new theatre in Utah.

So, in 1985 they found an old lingerie factory in South Salt Lake, UT and asked their daughter Sally Hale Rice and their oldest grandson, Mark Dietlein and his wife (also Sally) to join in a partnership. The Hale Centre Theatre began! The original 220 seats began selling-out in just over a year.

A wall was knocked out and new seats were added. 350 seats sold-out in no time and a balcony (of sorts) took HCT to 387. Sell-outs again. Out of seats and out of parking, the theatre began to look for a new home. A change from a for profit business to a 501c3 non profit was necessary to build a bigger theatre and provide more community outreach.

In 1998, West Valley City, UT partnered to build a beautiful new, magical facility with a moving stage. The gorgeous new building boasted 530 seats and state-of-the-art theatrical technology. In 2004 the theatre again began to burst at the seams. A wall was knocked out and seats were added to 613. Patrons filled the house. Up to 16 performances weekly on one stage became the norm. Out of seats and out of parking. What to do?

With the passing of beloved Nathan and Ruth Hale and also beautiful, Sally Hale Rice, Mark and Sally Dietlein and a powerful Board of Trustees moved forward. A new partnership was formed with Sandy City, UT and a theatrical miracle was designed and built.

The Hale Centre Theatre at the Mountain America Performing Arts Centre opened its doors in November, 2017. With two stages and plenty of attached free-parking, the theatre was built for growth. The new, Young Living Centre Stage seats 911 in the most technological theatrical space in the world. The Sorenson Legacy Jewel Box Stage comfortably seats 467 in a proscenium thrust style—also bursting with special effects. Well over 560,000 patrons enjoyed plays and musicals at HCT in its first full year of operation and audiences are growing.

It has been an amazing ride over 35 years! We are grateful to millions of extraordinary patrons, thousands of actors, hundreds of co-workers and dazzling creatives. We are grateful to have shared a legacy with Grandma and Grandpa Hale and dear, Sally Hale Rice, as this marvelous theatrical adventure continues on.

We, the Board of Trustees, along with 72 full-time, 150 part-time employees and almost 500 actors each year want to thank you for your trust in allowing us to entertain you!